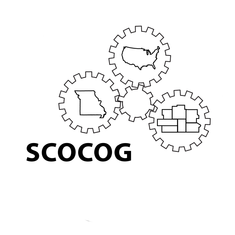 The South Central Ozark Region is made up of seven counties with only one having a population of over 25,000.  All of the counties are Third Class. Twenty-four incorporated municipalities are contained in the region; one third class city, nineteen fourth class cities, and four villages.

There are five Missouri legislative districts contained in whole or in part in the Region.  Missouri’s 141st, 142nd, 143rd, 154th, and 155th districts are represented.  Similarly, two State Senatorial Districts, the 25th and 33rd, lie within the boundaries of the region.

As both the Designated Economic Development District and the Regional Planning Commission for seven counties in South Central Missouri, SCOCOG is dedicated to providing high quality service that many municipalities and counties expect only from urban centers.  In addition to planning assistance and grant development, SCOCOG provides services such as computerized mapping desktop publishing, funding research, and local project community development.

Services we provide include:


SCOCOG is administered by a Board consisting of governmental and non-governmental representatives.  Its Executive Board consists of the presiding commissioners from the seven county region.

Our mission is to promote human resources, educational opportunities, and economic development in order to enhance the quality of life for the region’s inhabitants.  The organization strives to accomplish these objectives by: